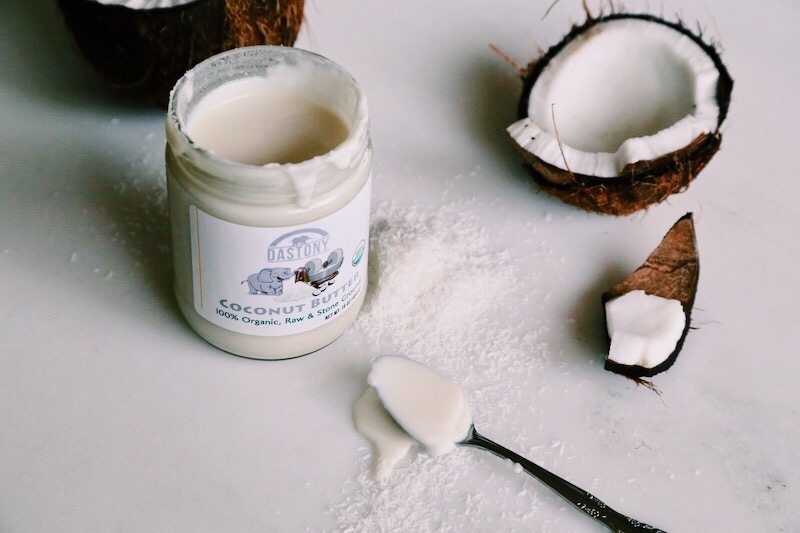 Once in a while there’s a pantry essential that comes along and changes the entire game. Coconut butter is exactly that. If you’re not yet familiar with this simple, healthy and versatile butter, prepare to have your kitchen life, and your plant based recipes, fundamentally changed forever.

So what is coconut butter exactly, and most importantly, how can it be used to seriously up-level your recipes?

Coconut Butter vs. Coconut Oil  - are they the same?

Coconut butter is not an oil, infact, it is more like a nut butter, but instead of ground nuts like almonds, cashews or peanuts, coconut butter is made from dried coconut flakes. When ground down, these coconut flakes turn into a silky-smooth butter with a naturally sweet taste, delicious coconut flavor and aroma, and some very unique properties that will bring your recipes to life - from savory to sweet. Coconut oil on the other hand is just that - an oil - which has been expressed from whole coconut meat. While it’s a versatile and healthy cooking oil option (choose organic and cold-pressed to get the most from its health benefits!), it’s not the same as coconut butter which contains coconut oil, but hasn’t had anything removed - just like a nut butter.

Both options contain plenty of healthy medium chain triglyceride fats as well as lauric acid - a fatty acid which has been shown to help combat inflammation, boost the immune system, fight off infection, and reduce candida overgrowth in the gut.

Like coconut oil, coconut butter will shape shift from solid to liquid (or somewhere in-between) based on the temperature outside. If a recipe calls for melted coconut butter, simply use a double boiler method to gently warm the coconut butter until it turns to a more runny consistency. 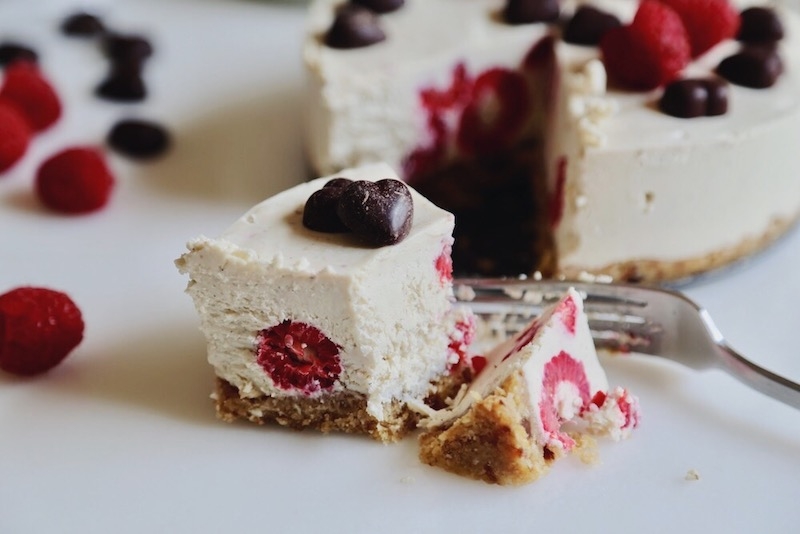 Have you ever had a slice of raw vegan cheesecake, and wondered how on earth the chef accomplished such a dense and creamy texture that even holds its shape when sliced? Coconut butter (or oil!) was likely involved. Since it solidifies at cooler temperatures, coconut butter can be blended into a base of soaked cashews (and other ingredients!) to help the cheesecake set and keep its shape when sliced. Granted, it will need to be kept refrigerated, but coconut butter really is the secret ingredient to the best vegan cheesecakes, helping create that perfect silky-smooth, melt-in-the-mouth texture.

2. In Chocolate and Fudge

Vegans rejoice! You can easily substitute coconut butter for dairy-based butter in your favorite cookie, brownie, cake, cupcake and muffin recipes. Be aware though, you will most likely taste the coconut flavor in the end result, which could be an added benefit, but only if you like the taste of coconut.

Not eating butter, but need a quick butter-like spread for your toast while you run out the door? Coconut butter will do the trick. And you’ll get the benefit of all those healthy medium chain triglyceride fats to sustain your energy levels throughout the day. So delicious with berry jam or honey!

Create an instant coconut milk latte with coffee, Yerba mate, or matcha green tea by placing your coffee or tea in a blender with a heaping tablespoon of coconut butter and blending until smooth and frothy. The result is so delicious you may find yourself leaving out your usual sweetener because its simply not needed. Be mindful when blending hot liquids as the pressure of the steam may pop the blender lid off.

Want to create the perfect magic shell over ice cream? Use melted coconut butter! As soon as it hits the cold ice cream it will harden for a yummy magic shell effect. You can try it as-is, or mix with cacao and a liquid sweetener of choice like maple syrup or honey for a chocolate variation.

Coconut butter useage should never be confined to just sweet recipes - it has a savory side as well! Coconut butter can be added to soup recipes, curries, and lentil dishes like dahl that call for coconut milk.You’ll need to add additional water to the recipe to compensate for the missing liquid from the milk, but the flavor and texture will be very similar.

Need some vegan comfort food for a night of Netflix and chill? Try mixing 1/4 cup coconut butter with some hot, freshly made gluten-free noodles, nutritional yeast and sea salt + pepper for a buttery bowl of vegan “mac no cheese”.

10. In Oatmeal or Hot Cereal

Are you ready to up-level your oatmeal game? Try blending in a few spoonfuls of coconut butter right before it's done cooking for added creaminess, flavor and overall richness. The healthy fats will also help keep your blood sugar levels more stable throughout the morning.

The easiest way of all - try coconut butter straight out of the jar as a delicious snack, especially during unwanted sweet tooth attacks. It's naturally sweet flavor and natural fats will help keep sugar cravings at bay.